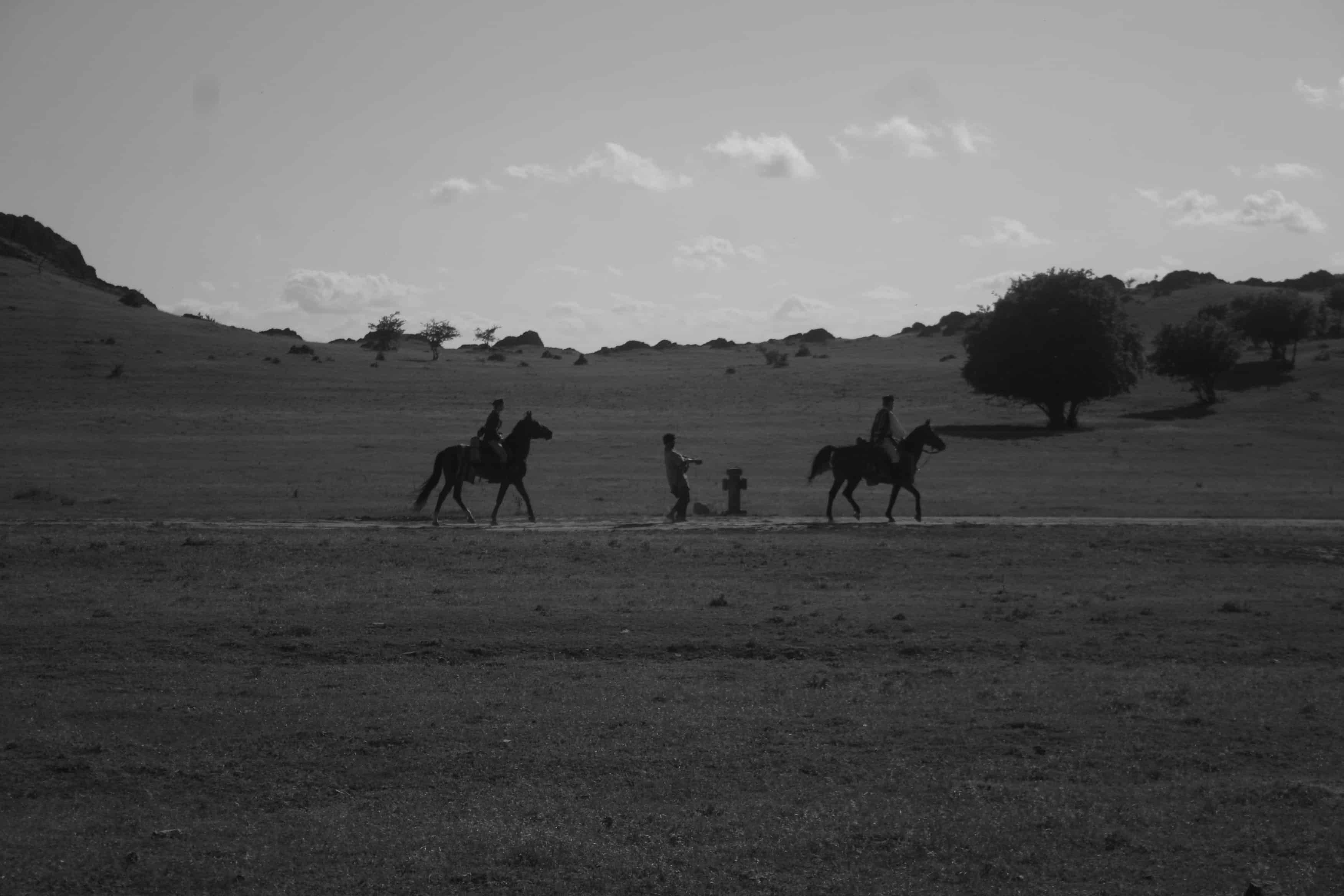 “Shot in richly toned, wide-screen black and white, Aferim! looks like an elegant exercise in period playacting. But it casts a fierce, revisionist eye on the past, finding the cruelty and prejudice that lie beneath the pageantry.” – The New York Times

Radu Jude’s international breakthrough is a picaresque odyssey through 19th-century Romania, which tackles one of the most shameful episodes in the country’s history: the enslavement of the Roma people. As a bounty hunter and his son scour the mountains for a fugitive slave, they are thrown into a series of encounters by turns scathingly funny or utterly horrifying. Stunningly shot in glimmering, widescreen black and white, Aferim! plays like a classic western spring-loaded with cutting social commentary.