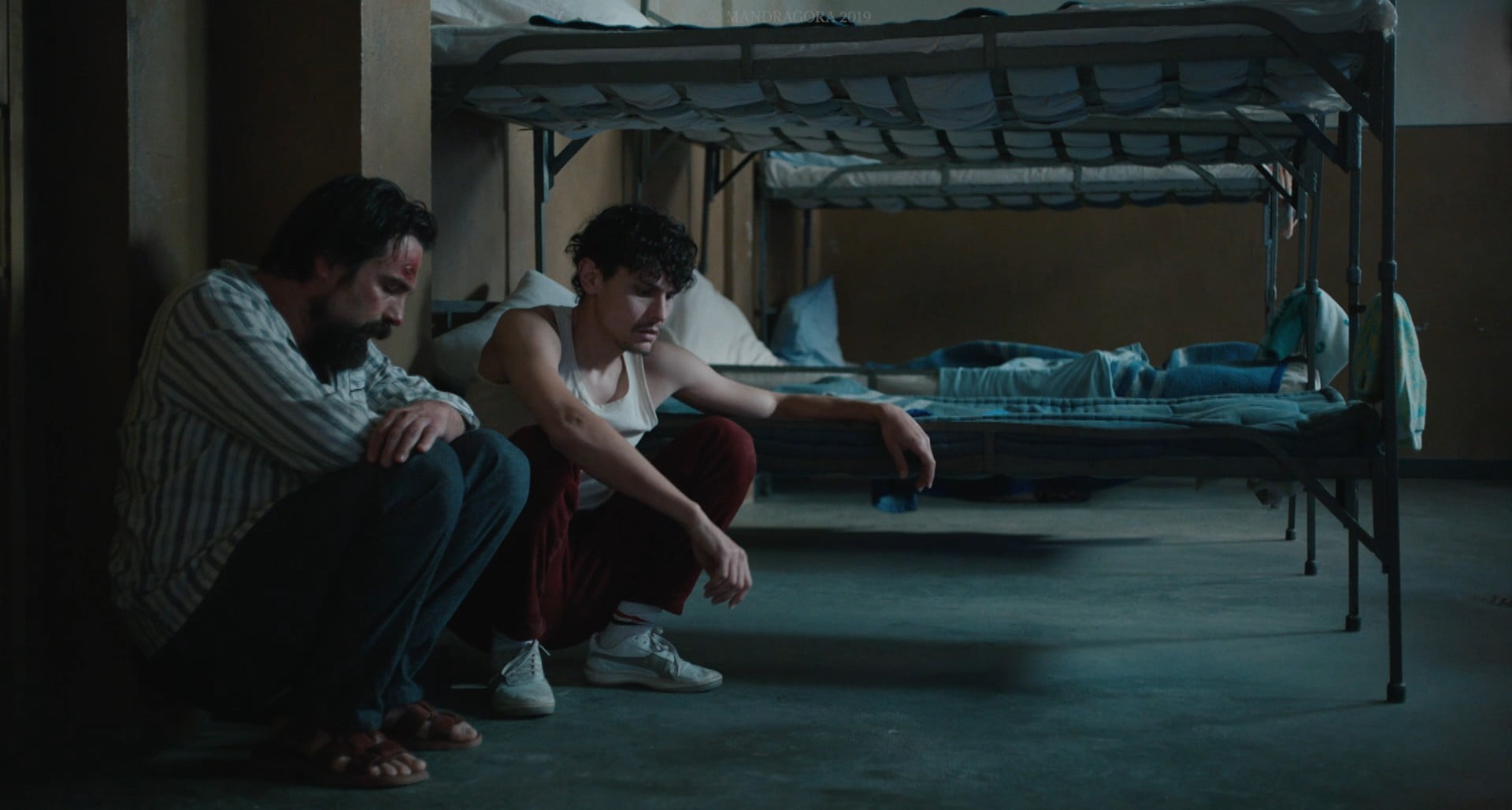 “It has the courage to show what many tried to forget, which places Arrest in the same category of functional, necessary cinema as Radu Jude’s Aferim! and I Do Not Care If We Go Down in History as Barbarians.” – Cineuropa

In August 1983, architect Dinu is spending a perfect summer’s day with his family on the Romanian coast, but the idyll is shattered by the sudden arrival of the police. For reasons unknown, Dinu is arrested and immediately hauled off to prison, where he finds himself sharing a cell with a small-time crook (an impressive Iulian Postelnicu) who proves to have a sinister agenda. In this tense and visceral two-hander that recalls the early works of Roman Polanski, director Andrei Cohn makes full use of the confined space of a squalid cell: Using inventive compositions, he delivers a chilling metaphor of the Romanian totalitarian regime, whose creative brutality bordered on absurd farce.