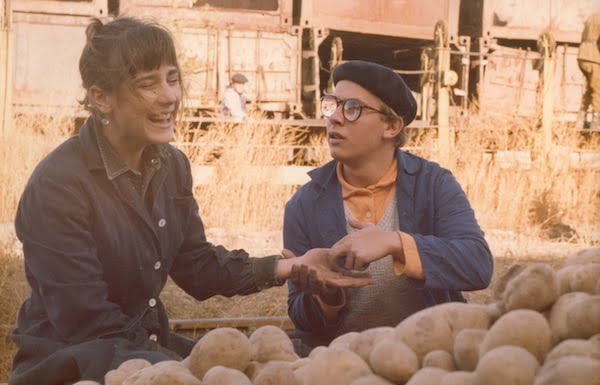 If any film can be said to bridge the gap between Romanian cinema prior to 1989 and today, it’s Nae Caranfil’s Don’t Lean Out the Window, a wry look at the final years of communism. The film follows the stories of two young men and a woman – humorously labeled The Student, The Actor and The Soldier – and then intertwines them, charting  their journeys  in a system that’s collapsing around them. In the course of the film, the three switch roles, the actor becoming a soldier of sorts while the student learns the value of acting. Unlike many other Romanian films of the era, Don’t Lean Out the Window refused to engage in the polemic that emerged with the fall of communism. Its protagonists are nuanced, complex characters, who’ve learned to survive and even thrive in an environment that often bred hypocrisy in even the simplest of social exchanges.

"These thirty films also include some of the best made anywhere during the past three decades."
Read More ⟶
J.B. Spins: “Luxury Hotel” – For fans of dystopian social satire
November 20, 2019

"Luxury Hotel could have probably only been produced during the immediate post-Ceausescu aftermath, when the palace was available, in all its faded grandeur. It is definitely spectacle, but serious, distinctively pointed spectacle."
Read More ⟶
MW public – Andrei Codrescu: “In Praise of New Romanian Film”
December 7, 2019

The New Wave festival returns to New York every year with astonishing new films, alongside a well-curated archive. I wouldn't miss it for the world.
Read More ⟶
Screenslate: “The Autobiography of N. Ceaușescu”- conceived as a flashback
November 20, 2019