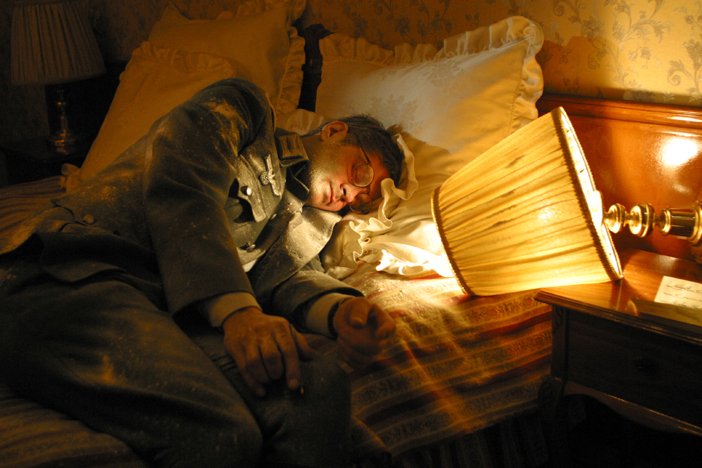 “Directed by the veteran Radu Gabrea (and co-written by Răzvan Rădulescu), this film is an absorbing tragicomedy which focuses on the attempts of the Italian author Malaparte to search for Josef Gruber, a Jewish doctor, whom he hopes will help cure his severe allergy. The red tape that he has to wade through to find the doctor makes Dickens’ Circumlocution Office seem straightforward,” writes Ronald Bergan in The Guardian. A friend of Mussolini’s and a war correspondent attached to the Wehrmacht troops, Malaparte arrives in the Romanian town of Iași in June 1941, soon after the Romanian Army, under the orders of Marshall Ion Antonescu, entered the “sacred war” as an ally to Hitler’s Germany against the Soviet Union. His search for Gruber leads him to discover terrifying truths, which have been long hidden and twisted by the official history of Romania.