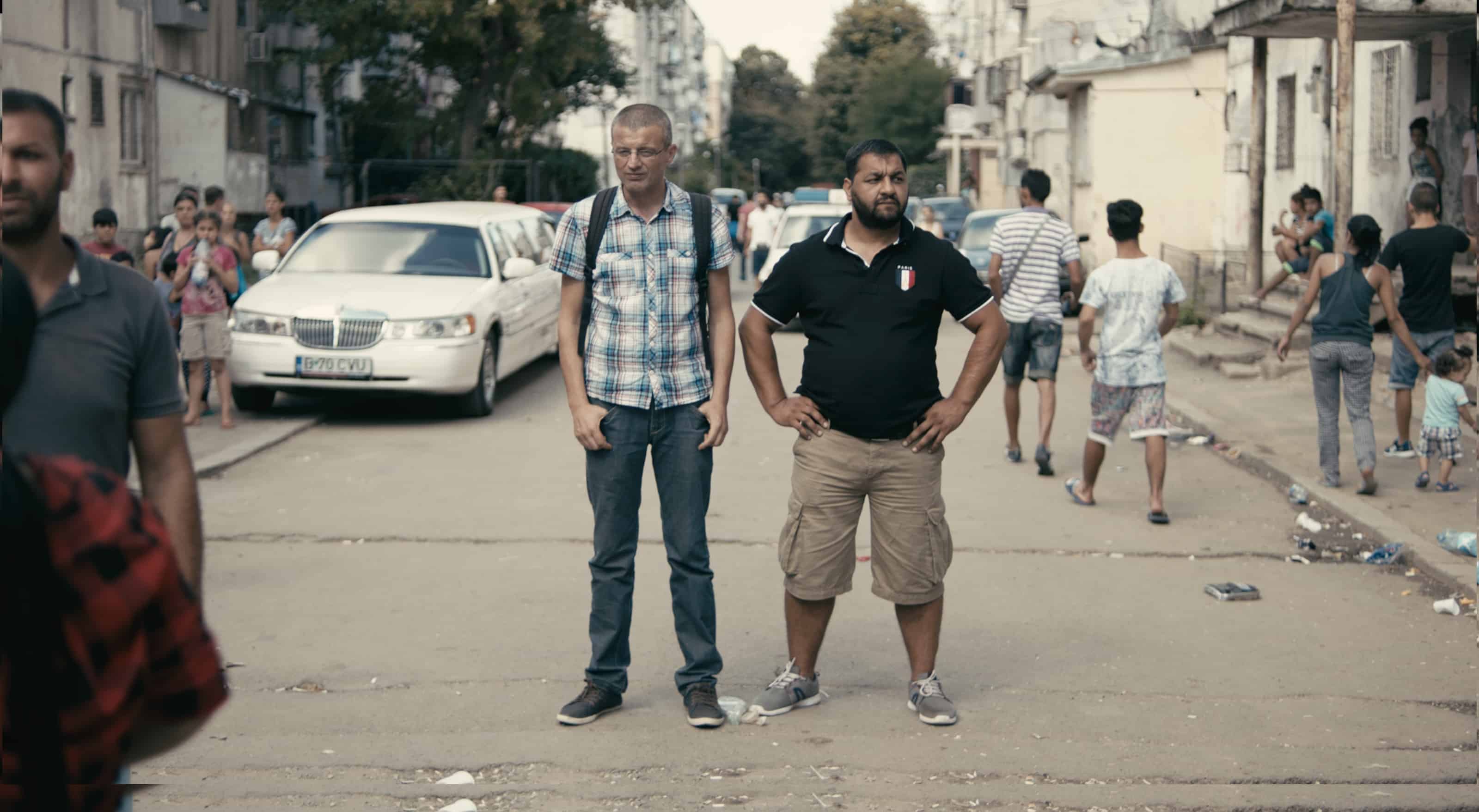 An unexpected romance blossoms between two men in a ramshackle Bucharest neighborhood in this tender, offbeat love story. When Adi, an anthropologist researching regional pop music, meets Alberto, a burly Roma ex-con, the two lonely souls enter into a relationship that tests the societal and moral taboos of their community. Documentarian Ivana Mladenović brings a wonderfully loose-limbed, vérité naturalism to her auspicious narrative debut, based on the eponymous book written by Adrian Schiop, who plays himself in the movie.