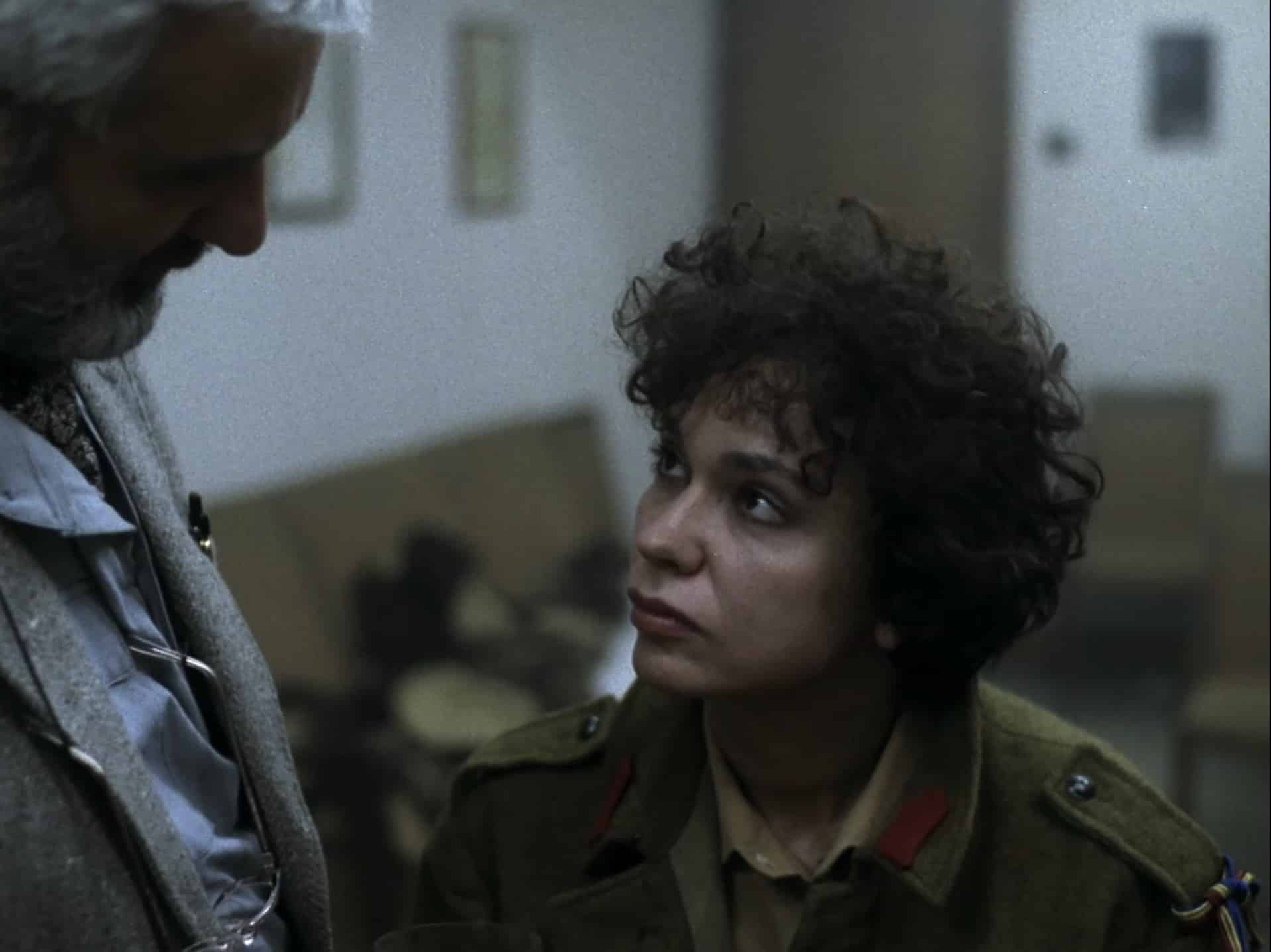 Stere Gulea’s film seems intent on revealing life’s tragic paradoxes and sad ironies as reflected in recent Romanian history. It is December 21, 1989 and a severely wounded teenager shows up in the middle of the night at the front door of a young nurse. She takes him to a hospital where her fiancé works, only to find the teenager in the hospital’s morgue the following morning, shot in the head. In the chaos that ensues, the couple is pressured into providing fake documents that would absolve the secret police of being responsible for his death, as well as many others. The woman refuses to collaborate and thus her nightmare begins: She is arrested and convicted on a trumped-up charge, and is consequently humiliated, beaten and raped in prison. Her only comfort remains the child she is carrying.

„Although the film takes place during the December 1989 Revolution and over the course of the following year, it is meant to offer a potential outlook on post-communist Romanian society down to its core. […] There are certain moments which are not to be regarded lightly by a people if it wants to distance itself from dishonor.” – Stere Gulea