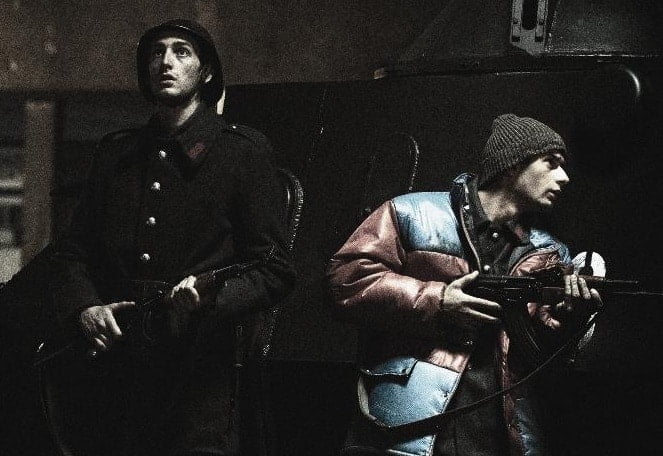 [Special addition to “The Romanians”, presented in collaboration with BAMPFA]

A clueless tank crew wanders Bucharest’s chaotic streets during one epoch-changing night in Radu Muntean’s humanistic portrait of people who aren’t concerned with making history, just trying to live through it. It’s the night of December 22, 1989, now famous as the date when dictator Nicolae Ceauşescu’s regime finally toppled: madness, paranoia, and revolution are in the air, but the young soldiers of one armored unit have, like everyone else, no clue as to what’s actually happening. Rumors are swirling all around: the army has sided with the regime, the police with the people, or is that vice-versa?; the demonstrators are either revolutionaries, terrorists, or secret police, and the TV station is controlled by one, some, or none of the above. Zeroing in on a few specific hours as lived by a few young men, The Paper Will Be Blue gives history back to the people, capturing the banal and memorable, terrifying and bemusing moments that all “historic times” are made of, yet that are never discussed. – Jason Sanders