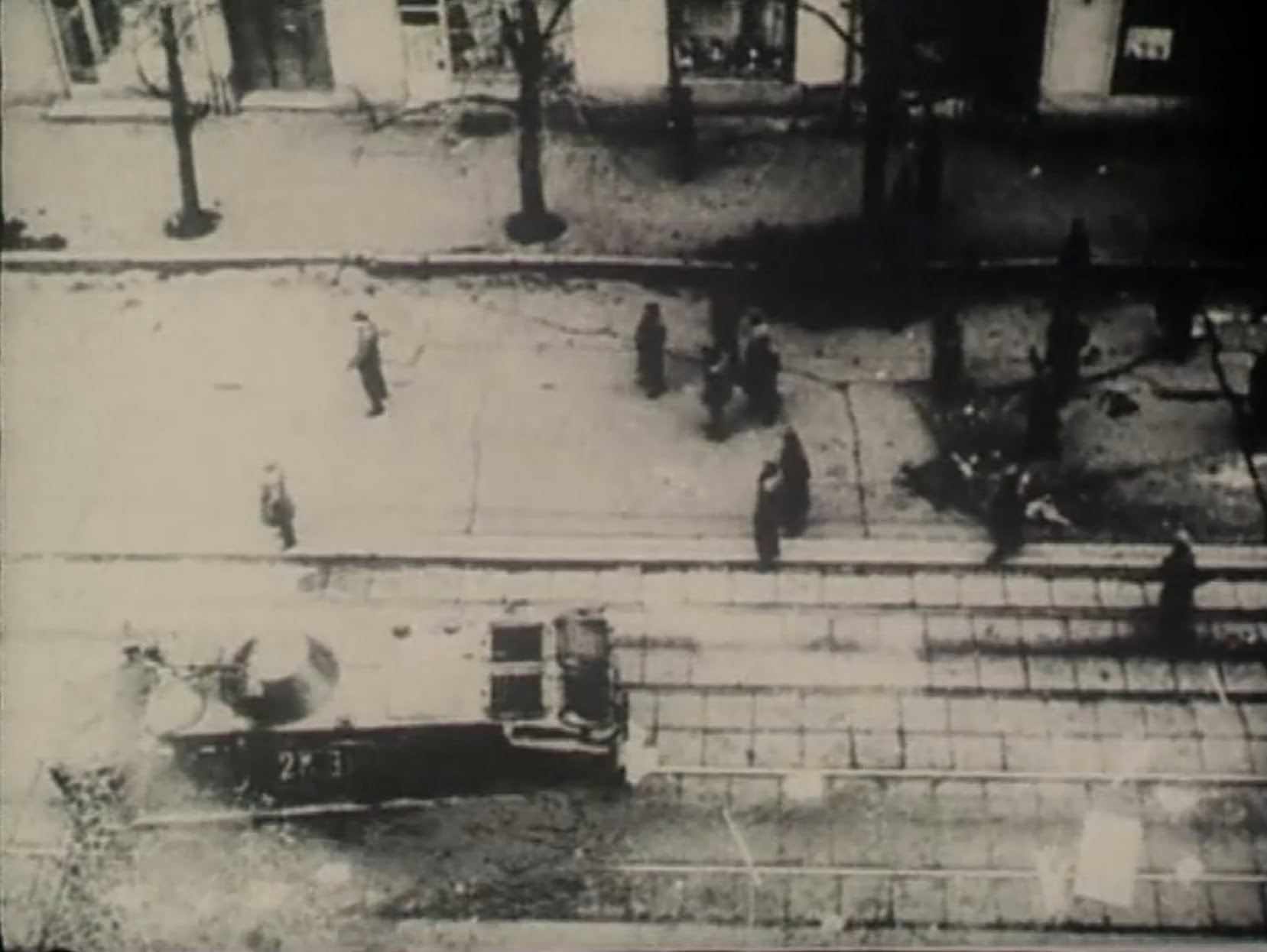 Set in the eponymous Romanian city during the tumultuous fall of communist dictator Nicolae Ceauşescu, this stark black-and-white documentary chronicles the attempts of government soldiers to quell a citizens’ revolt. But during the short uprising, which preceded and inspired the Bucharest events of December 21–22, a surprising thing happens – the soldiers join the citizens. The filmmakers use interviews, video footage of the events and archival photographs to recreate the revolt.

“Translucently beautiful, the film looks as if it were shot with an X-ray machine, a simile which is echoed in the grueling testimonies of people betrayed and exposed by their own revolution.” – 1995 Human Rights Watch Film Festival