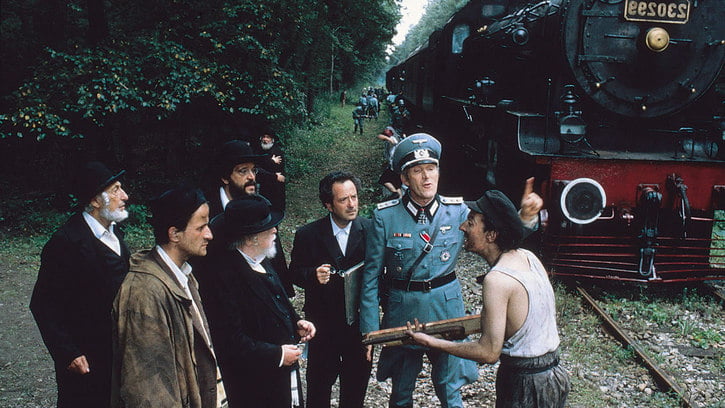 The village fool of a small Jewish community warns his townsfolk that the Nazis are coming and suggests that they build a train so they can escape by “deporting” themselves. Some villagers are chosen to act as the Germans who will pretend to transport the rest to a concentration camp when in fact they are heading to Palestine via Russia. Often compared to Life is Beautiful as they’re both essentially comedies using the Holocaust as a backdrop, Romanian-born Radu Mihăileanu’s second feature is a subversively entertaining fable that succeeds in creating a story in which optimism and fantasy coexist with dark reality, complete with a highly provocative yet reverent ending. A Sundance Audience Award winner.