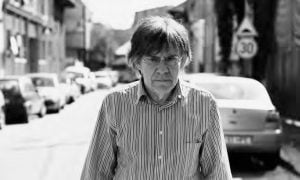 . , ,
Andrei Ujică (b. 1951) is a Romanian screenwriter and director known for his subversive non-fictional films. He studied literature before making films, and moved to Germany in 1981. In 1990, together with Harun Farocki, he created Videograms of a Revolution, a powerful film about the relationship between political power and the media. Les Cahiers du Cinema listed it as one of the top 10 subversive films of all time. Videograms was the first part of a trilogy about the end of communism, which continued with Out of the Present (1995), the story of the cosmonaut Sergei Krikalyov, who spent 10 months on board of the MIR space station, while back on Earth, the Soviet Union was collapsing. In 2010, The Autobiography of Nicolae Ceaușescu was selected at the 63rd Cannes Film Festival, ending the trilogy with a brilliant and radical reflection on history and memory. Since 2001, Ujicǎ is a professor at the Karlsruhe University of Arts and Design. He founded the ZKM Film Institute in 2002.
In the Retrospective
Videograms of a Revolution [1992]
The Autobiography of Nicolae Ceaușescu [2010] 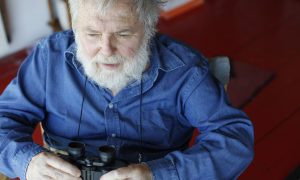 . , ,
One of Europe's finest filmmakers, Lucian Pintilie's work has explored questions of tyranny and remorse—often relating directly or allegorically to the history of his own country. His work also evokes the remembrance of the tolerant and cosmopolitan nature of his hometown, a German village within Southern Bessarabia which he describes as a halcyon polyglot and multicultural community, a key detail which has informed his body of work. He fled Romania in the 70s, and returned to his home country following the end of communism, and then made extraordinary films about life and its absurdities, beginning with The Oak (1992) and continuing with such acclaimed films as Afternoon of a Torturer (2001) and Niki and Flo (2003), "a mordant almost-comedy that represents a bridge—and also a battle—between the old Romania and the new." (A. O. Scott, The New York Times)
In the Retrospective
The Oak [1992]
Niki and Flo [2003] 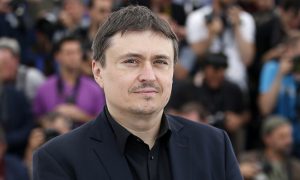 . , ,
A prominent figure of the New Romanian Cinema, Cristian Mungiu (b. 1968) is the only Romanian filmmaker awarded the Palme d’Or for feature film in Cannes. In 2007, his second feature, 4 months, 3 weeks and 2 days sky-rocketed his career, receiving several awards and being voted best film of the year by various international associations. Mungiu was already familiar with Cannes; his debut feature Occident premiered in Quinzaine des Réalisateurs in 2002. He returned to Cannes in 2009 as a writer-producer-co-director with the collective episodic film Tales from the Golden Age and as a writer-director in 2012 with Beyond the Hills – double awarded for Best Screenplay and Best actresses (Cosmina Stratan and Cristina Flutur). His fifth film, Graduation, was also selected at the 2016 Cannes Film Festival.
In the Retrospective
4 Months, 3 Weeks and 2 Days [2007]
Beyond the Hills [2012]
Tales from the Golden Age [2009] 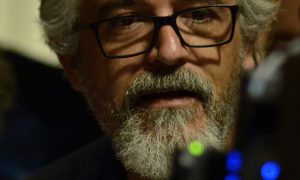 . , ,
Before deciding to embark on filmmaking, Constantin Popescu (b. 1973) worked as a translator, a production assistant and an assistant director. In 2014, he started to direct a series of well-received short films: The Apartment was the first, followed by A Lineman’s Cabin (2005), Water (2006) and The Yellow Smiley Face (2008). He also directed the Pig segment in the Tales from the Golden Age omnibus. His debut feature, The Portrait of the Fighter as a Young Man (2009), told the real story of young man resisting the communist regime in Romania, around 1950. Principles of Life, his second feature film, premiered in 2010 at the San Sebastian Film Festival, as well as his third, the visceral Pororoca, seven years later. Bogdan Dumitrache won the Best Actor award at San Sebastian for taking on the role of a father overcome by grief when his child dissapears.
In the Retrospective
Pororoca [2017]
Tales from the Golden Age [2009] 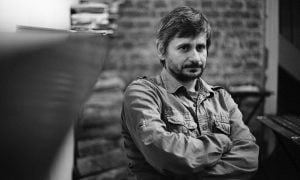 . , ,
Adrian Sitaru (b. 1971) made himself known when his short film Waves won the Leopards of Tomorrow section of the 2007 Locarno IFF. Many festival selections and awards followed, earning him the reputation of a filmmaker who explores the domestic life with great sense of humor and affection. Some of his other short films made a career: The Cage (2009), Lord (2009), House Party (2012), Art (2014). His feature films also toured the world through festivals, starting with Hooked (2008), selected in Venice Days at the Venice IFF and Toronto. Other four features followed: Best Intentions (2001), Domestic (2013), Illegitimate (2013), and The Fixer (2016).
In the Retrospective
Domestic [2012]

. , ,
Tudor Giurgiu (b. 1972) is a producer, director and scriptwriter. Founder and President of the Transilvania International Film Festival, and initiator of the Gopo Awards – Romania’s national film awards. He founded the production company Libra Film Productions, and the film distribution company Transilvania Film. His first feature, Love Sick, was screened in the Panorma section of the Berlinale in 2006 and received numerous international awards. His second feature, Of Snails and Men, enjoyed local success – the largest number of entries in Romanian cinemas in 2012. Why Me?, his third film, a thriller based on a real corruption case, premiered at Berlinale in 2015. Parking, his fourth feature, is a love story filmed in Spain, with an impressive Spanish cast. His short film Superman, Spiderman or Batman (2012) won best short film at the European Film Awards, among many others.
In the Retrospective
Of Snails and Men [2012]