Videograms of a Revolution

. 1992, Germany, 106 min
For Videograms of a Revolution, Andrei Ujică and Harun Farocki collected amateur video and material broadcast by Romanian state television after it was taken over by demonstrators in December 1989. The audio and video represent the first revolution in which television played a major role. The film’s protagonist is contemporary history itself.
"By the end of the week, and the Ceausescus’ executions, nothing is real – or historical – until it is seen on television.” – Michael Atkinson, The Village Voice 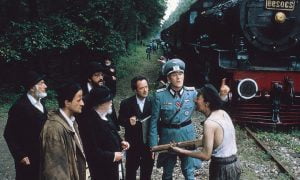 . 1998, France/Belgium/Romania/Netherlands/Israel, 103 min
The village fool of a small Jewish community warns his townsfolk that the Nazis are coming and suggests that they build a train so they can escape by “deporting” themselves. Some villagers are chosen to act as the Germans who will pretend to transport the rest to a concentration camp when in fact they are heading to Palestine via Russia. Often compared to Life is Beautiful as they’re both essentially comedies using the Holocaust as a backdrop, Romanian-born Radu Mihăileanu’s second feature is a subversively entertaining fable that succeeds in creating a story in which optimism and fantasy coexist with dark reality, complete with a highly provocative yet reverent ending. A Sundance Audience Award winner.
Showtimes
Northwest Film Forum, Seattle, WA
Jan 30, 2020
7:30 pm 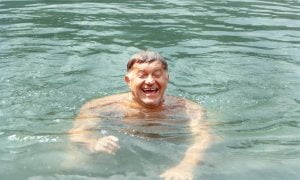 . 1995, Romania, 112 min
Senator Vîrtosu (Dorel Vișan) spends the weekend at a guesthouse formerly owned by the Communist Party, where in true communist tradition, he’s presented with gifts from its employees and petitions from the local villagers. However, his relaxing weekend is disrupted by a crew of Swiss journalists filming in the area. Vîrtosu cooperates with them, trying to make sure the reporters present his country in a favorable light, while hiding certain details from them. This Cannes competition entry reframes Mircea Daneliuc's 1980 The Cruise against the backdrop of a society in transition and adds apocalyptic and Dostoevskian accents to the depravity and penance of the main villain: the Communist Party activist turned member of a democratic parliament. Daneliuc’s film is a fierce political satire that thankfully doesn’t concern itself with delivering a positive image of Romania.
Showtimes
SIFF Film Center, Seattle, WA
Jan 31, 2020
4:30 pm 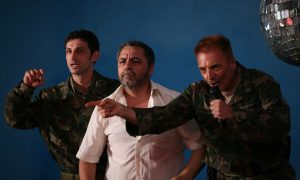 . 2007, Romania, 155 min
A NATO gun shipment supervised by an American officer that’s scheduled to cross Romania via train during the Kosovo war of the late 1990s is blocked by a stubborn rural station official who objects to the lack of accompanying documents. What follows is an epic farce of carnivalesque proportions, touching on cultural misunderstandings, corruption, vengeance and the American dream. “Its themes are serious, but they are addressed with a playful exuberance,” wrote A.O. Scott in the New York Times back in 2007. Today, revisiting Nemescu’s feature debut, released after his death in 2006, one thing’s for sure: The film’s seduction and electrifying rock’n’roll vitality – far removed from the stripped-down realism of most of New Romanian Cinema’s big hits – remain unaltered. 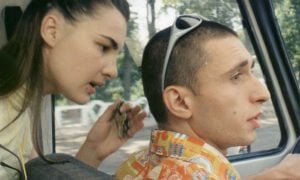 . 2001, Romania, 90 min
The “stuff” in this debut feature by The Death of Mr. Lăzărescu and Sieranevada director Cristi Puiu – one of the pioneers of the post-Ceauşescu Romanian filmmaking renaissance – is a satchel full of black-market prescription drugs. The “dough” is 2,000 lei (around $500) promised to small-town teen Ovidiu (Alexandru Papadopol) if he agrees to carry the package to Bucharest on behalf of a local gangster (Răzvan Vasilescu). He does, inviting his slacker friend Vali (Dragoş Bucur) along for the ride, who in turn invites his apathetic girlfriend Bety (Ioana Flora). This unlikely trio then takes to the highway – the hilariously deadpan road movie that results is a reminder that Puiu, who originally had ambitions of becoming a visual artist, has cited a viewing of Jim Jarmusch’s Down by Law as a key event in his decision to pursue filmmaking.
Showtimes
SIFF Film Center, Seattle, WA
Feb 1, 2020
3:30 pm 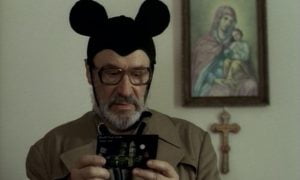 . 2003, Romania/France, 96 min
A very black comedy, Niki and Flo is about ill-suited neighbors united by marriage. Angela and her husband have decided to leave Romania for a better life in the United States. Niki, Angela's father, a former colonel in the Romanian army, is torn between his wish to see his daughter happy and his desire to have her remain nearby. Meanwhile Flo, the father of Angela’s husband and a domestic tyrant of sorts, slowly exerts his control over Niki. The screenplay was written by Cristi Puiu and Răzvan Rădulescu, who collaborated on Stuff and Dough and The Death of Mr. Lăzărescu. “A mordant almost-comedy that represents a bridge — and also a battle — between the old Romania and the new [...] its observant naturalism infused with a delicate, almost coy sense of the absurd" – A.O. Scott, The New York Times
Showtimes
SIFF Film Center, Seattle, WA
Feb 01, 2020
7:00 pm 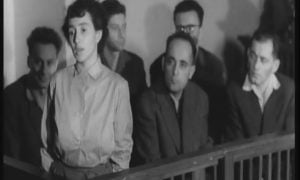 . 2004, Romania/France, 75 min
An unusual robbery at the Romanian National Bank in 1959 triggered a massive police search, and an even more unusual outcome. When the alleged burglars were caught and arrested, they reenacted their crime for a TV movie film in which they played themselves. Although evidence suggests the criminals believed they would be spared the death sentence by appearing in the film, the reality was different. Described by director Alexandru Solomon as a “political detective story,” this documentary investigates both a historical mystery and the transformation of history into film.
Showtimes
Northwest Film Forum, Seattle, WA
Feb 20, 2020
7:30 pm 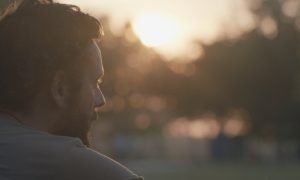 . 2017, Romania/France, 152 min
“This is muscular hard-art fare that… could propel Popescu into the upper ranks of his country’s auteurs.” - Variety It is every loving parent’s worst nightmare: the devastating disappearance of a beloved child, and then their desperate struggle to stay sane while trying to save their marriage. The long scene in which the little girl goes missing in a park full of people is a movie in itself, masterfully staged by Constantin Popescu (Tales from the Golden Age), and challenges us to pinpoint the exact moment when everything goes wrong. It makes for intense viewing that is only more visceral thanks to Bogdan Dumitrache’s raw performance playing the father consumed with obsession and guilt. 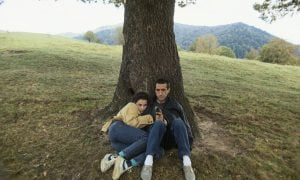 . 1992, Romania/France, 105 min
The Oak is an absorbing, complicated black comedy about Romania at the end of the Ceauşescu regime. A young schoolteacher named Nela embarks on a spiritual journey following the death of her father, a former government official, whose ashes she carries with her in a coffee jar. During her wanderings through grotesque and often violent surroundings, she meets Mitică. The couple, like Tristan and Isolde at the gates of the Orient, cannot pursue their love without disruption. A series of events – floods, pollution, Mitică’s arrest, military maneuvers and massacres – split up our heroes, and reveal a backdrop in which nothing works properly and everything seems to be falling apart. NEW 4K RESTORATION

Soldiers: A Story from Ferentari 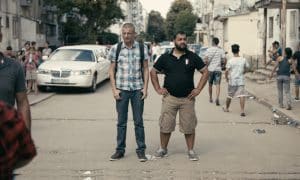 . 2017, Romania/Serbia/Belgium, 119 min
An unexpected romance blossoms between two men in a ramshackle Bucharest neighborhood in this tender, offbeat love story. When Adi, an anthropologist researching regional pop music, meets Alberto, a burly Roma ex-con, the two lonely souls enter into a relationship that tests the societal and moral taboos of their community. Documentarian Ivana Mladenović brings a wonderfully loose-limbed, vérité naturalism to her auspicious narrative debut, based on the eponymous book written by Adrian Schiop, who plays himself in the movie. "Ivana Mladenović’s fiction debut is Romanian social realism with an ethnographic edge, but it’s also a romance between two ostensibly heterosexual men achieving an unexpected bond.” (Screen Daily)
Showtimes
Northwest Film Forum, Seattle, WA
May 2, 2020
7:30 pm POSTPONED